6 Things To Consider Before You Flip A House

6 Things To Consider Before You Flip A House

With ​house-flipping profits at a 10-year high, it may be time to learn how to flip! 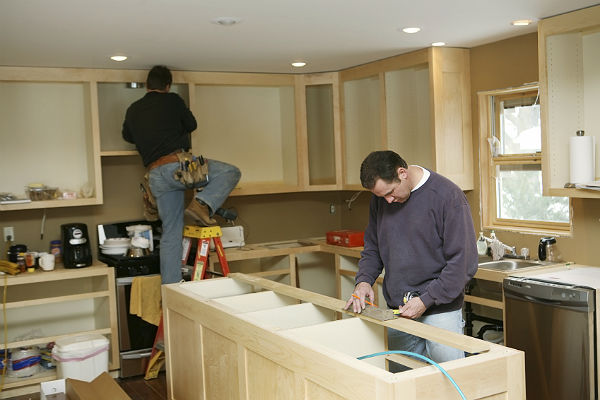 Flippers beware: The cost to rehab a home usually adds 20% to 33% on top of the initial purchase price of the home.

With low interest rates, tight inventory and high demand for entry-level homes, the number of houses being flipped (i.e., bought and resold within 12-months) in the U.S. in the first quarter of 2016 reached nearly 44,000, or 6.6% of the total home and condo sales in the U.S. That’s the highest percent since 2006, when nearly one in 10 houses bought was a so-called flip, according to Irvine, Calif.-based RealtyTrac, a real-estate research group.

“Home flipping has been gaining steam for the last year and a half thanks to falling interest rates and a dearth of housing inventory for flippers to compete against,” said Daren Blomquist, senior vice president at RealtyTrac.

The shortage of entry-level homes is particularly key to the flipping boom. Zillow.com in May reported that the rate of single-family groundbreakings in the U.S. for 2016 was just 1.1 million, well below the projected necessary 1.5 million homes needed to keep up with demand. Worse, builders were focusing on luxury homes, not entry-level ones. Current national inventories of available starter and move-up homes were both down almost 10% compared with a year ago, Zillow said.

As a result, it’s no surprise that you can’t go very far these days without hearing ads on the radio or television or social media hawking free seminars on how to make money house flipping. RealtyTrac noted that home flipping as a share of total home sales increased from a year ago in 75 out of 126 metropolitan statistical areas it analyzed for its quarterly report.

So should you dive in and start a flipping business? It isn’t for everyone, said Eric Workman, senior vice president at Chicago-based Renovo Financial, a lender for investors and house flippers.​​ “People think they can flip houses easily​,”​ he said​, but they’re likely to be disappointed with the initial results​. “ A successful flip is one that you make money. It isn’t about quadrupling your money,” said Workman, who’s personally financed about 1,000 flipping deals in his career.

With that in mind, here are six things you need to know before you start flipping homes like pancakes.

1:  Gross profits are up, but so are costs

For home flippers, there’s been plenty of good news of late, as homes flipped in the first quarter of 2016 yielded an average gross profit of $58,250, the highest average gross flipping profit since the fourth quarter of 2005 — a more than 10-year high.

But gross profits don’t include the costs to rehab the property, which usually adds another 20% to 33% on top of whatever the initial purchase price of the home for the flipper is. And with Americans flush with refinance cash as a result of record low interest rates, flippers have to compete ​for business ​with not just more flippers, but other homeowners who want to remodel their homes that they plan to live in.

“Flipping costs have been rising lately” said Bill Kendall, a Pittsburgh-based Realtor who’s flipped homes for the last 10 years in his market, which has seen double-digit returns on investments for the past five years, but also sees more competition as a result. “There’s plenty of work out there (for contractors) and more people are giving flipping a shot,” he said. “As parents pass on or are moved into homes, the kids are either selling to get rid of the house or perhaps taking on the project themselves,” he said.

While it seems backwards to think the money is made on the front end of the deal rather than the back end, that’s just how a veteran house flipper approaches it, said Richard Levine, president of Greenbriar Lending LLC in Rockville, Md., a private lender for real-estate investors who has personally worked on or financed about 500 flipping deals.

"You should know exactly what the house will sell for when it’s fixed up, the cost of improving it (and the permits), contingencies as well as your minimum profit so you can move on to the next deal,” he said. “Once you have that worked out, only then can you know what to offer the seller,” he said.

Levine typically recommends home flippers determine their market or “exit” price for a target home first, then take 70% of that price and subtract the necessary remodeling, improvements and permits, and you’ll get your maximum offer price for a home. For example, if $300,000 is the market price for a home in a neighborhood, 70% of that home’s market value would be $210,000. Subtracting ​a ballpark estimate of ​$40,000 for home improvements and permitting, the maximum offer price for the home would be no more than $170,000, Levine said.

Still, as a result of increased competition and a dwindling supply of foreclosed or otherwise impaired homes as banks work off their surplus inventory from mortgage defaults and repossessions, the discount most flippers are getting is declining. RealtyTrac notes that in April of 2016, the median price flippers are paying is about 75% of the home’s original cost, compared with when they paid less than 50% of a home’s initial cost in mid-2011 at the depths of the housing crisis.

“The margins flippers are getting are shrinking so they aren’t getting as good of a deal as they used to and the spread between the discounted price and the market price is the key part of the whole deal,” said Blomquist.

3:  Financing for house flipping is out there, but you’ll pay more as an investor

There are plenty of boutique lenders out there who specialize in home flipping. The key thing to keep in mind is you’ll be an investor, not a residential buyer. As a result, your interest rates, even if you have the best credit, will be several percentage points over even the best rates​, and sometimes into double digits​.​ You also might only be able to finance just 65% of the home, though some lenders will finance as much as 130% of the purchase price in order to ensure there’s money for the remodeling, said Tony Karlicek, lending director of Hard Money Bankers, a Columbia, Md.-based lender for home flippers. ​

That’s not just because an investor has less “skin in the game” than a person who lives in the home, it’s usually because the lender is still on the hook for ​sometimes a​ derelict piece of property it will have further trouble selling if the loan defaults. “When you’ve got a house that’s dilapidated, even a retail buyer can’t get financing,” said Greenbriar Lending’s Levine.

The relatively higher rate of private money for house flipping is also keeping the potential for an otherwise unhealthy flipping market from boiling over, said RealtyTrac’s Blomquist, who noted that in the first quarter of 2016, 71% of homes flipped were purchased by the home flipper with cash — compared with only 37% who purchased with cash at the height of the flipping boom. “Spending their own money rather than other people’s money is keeping flippers conservative,” Blomquist said.

Even so, there are ways to get into the home flipping business without a loan. Wholesaling, or “bird-dogging” as it’s known in the industry, is a way to flip homes without even closing on a home. Wholesaling works by selling the target home you’ve discovered to a third party even before you close on the deal. Typically the profit is $10,000 or so less, but you don’t have to come up with a loan or cash​ since you’re in effect just being the real estate scout for the real buyer, and taking a more modest finder’s fee​. “If the home you’ve found is a good enough buy, you won’t have a problem finding a third party to take your home before you have to show up to the closing table with a check,” said Levine.

And while house-flippers are sometimes seen as predatory, profiting from foreclosure deals, Karlicek said sometimes it’s the only way to rehab otherwise derelict properties that will sit vacant for months or years. “Private money gets these homes livable again and improves the neighborhood’s value,” he said. “Otherwise they’ll stay unoccupied.​”​

To be a successful home flipper, you’ll need a lot of friends, especially friends who are contractors, home inspectors, accountants and lawyers, not to mention real-estate agents. “It takes a team to build a house, and it takes a team to flip a house,” said Renovo’s Workman. “Just because you have bought a home, sold a home, painted a home, doesn’t mean all the skill sets to flip a home are there,” he said.

“A lot of starving agents say they can handle a real estate flip but unless they have a lot of experience, it’s like going to a general practice doctor to get hand surgery,”​he said. “You need to ask them how many investors have they worked with and how many flips they’ve actually done.”

Kendall also recommends an accountant to keep the numbers straight as well as to maximize your deductions, and a real estate lawyer who can navigate the buying process (especially if you’re dealing with a bank or third party that owns the home).

No matter how good the deal you make on the purchase end, if the location or market isn’t a good one, you probably won’t make a lot of money on your flip. Still, even a 10% to 20% profit margin on a flipping deal is a successful one, according to Renovo’s Workman. Still, there are better markets than others when it comes to flipping.

6:  You’re an investor, not a homeowner

When it comes to the basics of home flipping, it’s important to pick a home that needs only cosmetic changes, like cabinetry or a new paint job, which can be done relatively quickly and inexpensively, said Renovo Financial’s Workman. In addition, if the home is a foreclosure, find out how long it’s been vacant and if it has experienced significant structural damage while empty. It’s quite likely the former homeowners stripped everything of value from the home before they left, including appliances, lighting fixtures and even piping. Choose a home that’s structurally sound and won’t require major upgrades like a new roof, or electrical and plumbing systems, he said.

A common mistake of rookie house flippers is to personalize their investments the way they would want them. That doesn’t always work. Any remodeling work you do needs to appeal to the broadest possible audience, so that means even if your favorite color is purple, it doesn’t go on any of the walls or the exterior.

It’s also important to remember that the home needs to match the fittings of other homes in the neighborhood, said Kendall. Don’t spend $20,000 on a kitchen when just $6,000 will do, he said. “If yours is the only one with granite countertops where others have laminate, don’t expect to get a premium,” Kendall said. “You want your home to fit in with the others for a successful flip -- not stand out. But if that means you have to bring a decrepit home up to par in an upscale neighborhood, you’ll need to factor that in when it comes to your buying price,” he said.

​In addition, when pricing the flip, it’s important to stay within the conforming loan limits set by Fannie Mae and Freddie Mac in the market area. Otherwise you’re limiting your retail buyers who can’t qualify for a jumbo loan (or must put down 20% as a result, rather than as low as 3% if the loan conforms to what can be bought by Fannie Mae or Freddie Mac, typically below $417,500).

“If you stay under the conforming loan limit, you’re increasing your buyer pool,” said Hard Money Bankers’ Karlicek. “Otherwise, I’m increasing the chances that the home will stay on the market and I’ll have to carry the loan even longer.”​